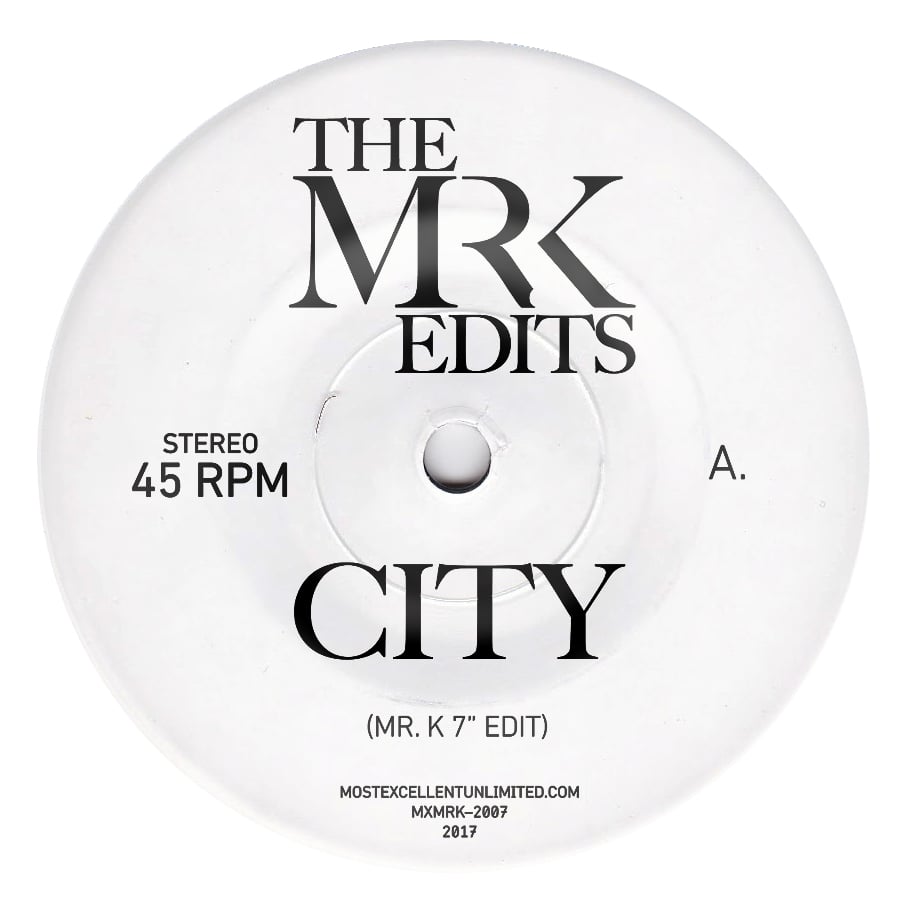 For the seventh in Most Excellent Unlimited's series of collaborations with Danny Krivit, the exalted editor reshapes two classics that regularly lit up the Loft and the Paradise Garage. War's epic 1972 instrumental "City Country City" drops its placid pastoral vibes in favor of a solely urban approach, trimmed from the LP version's ten minutes to a fighting weight of six. Searing solos cresting over War's trademark Latin funk make it plain why this has long been a foundation cut for deeper dancefloors. The flip sees Mr. K showing off his skills at the edit block with a meticulous tightening of Jakki's "Sun…Sun…Sun…" The original record, a feel-good, warm weather mood-lifter, was notorious for awkward tape edits (now known to be the work of Walter Gibbons) that for years left DJs frustrated as they attempted to achieve smooth blends in the face of shifting tempos and downbeats. Krivit pulls the pieces of this Larry Levan favorite apart and reassembles them as only a veteran audio mechanic could do, giving the tune the logical musical arc it never had. While each of these tracks previously existed as singles, this is the first DJ-playable issue in the 7-inch format.