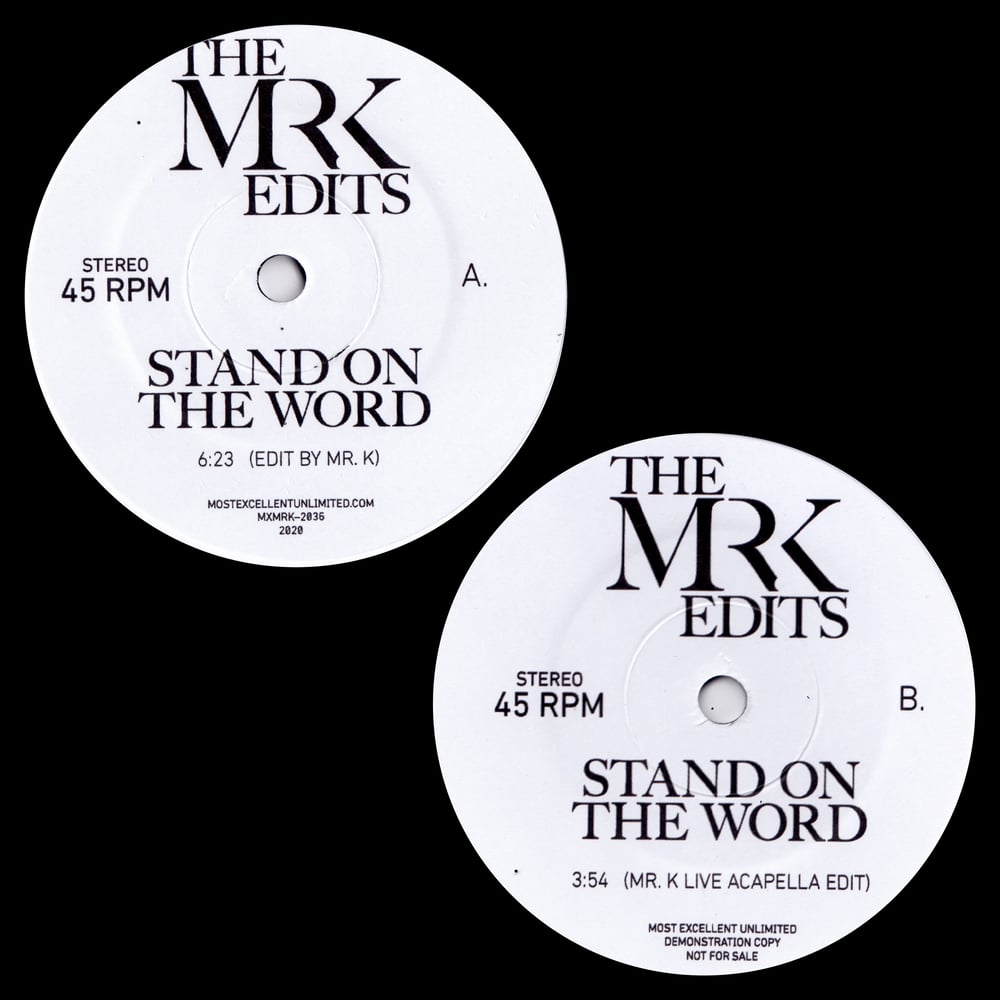 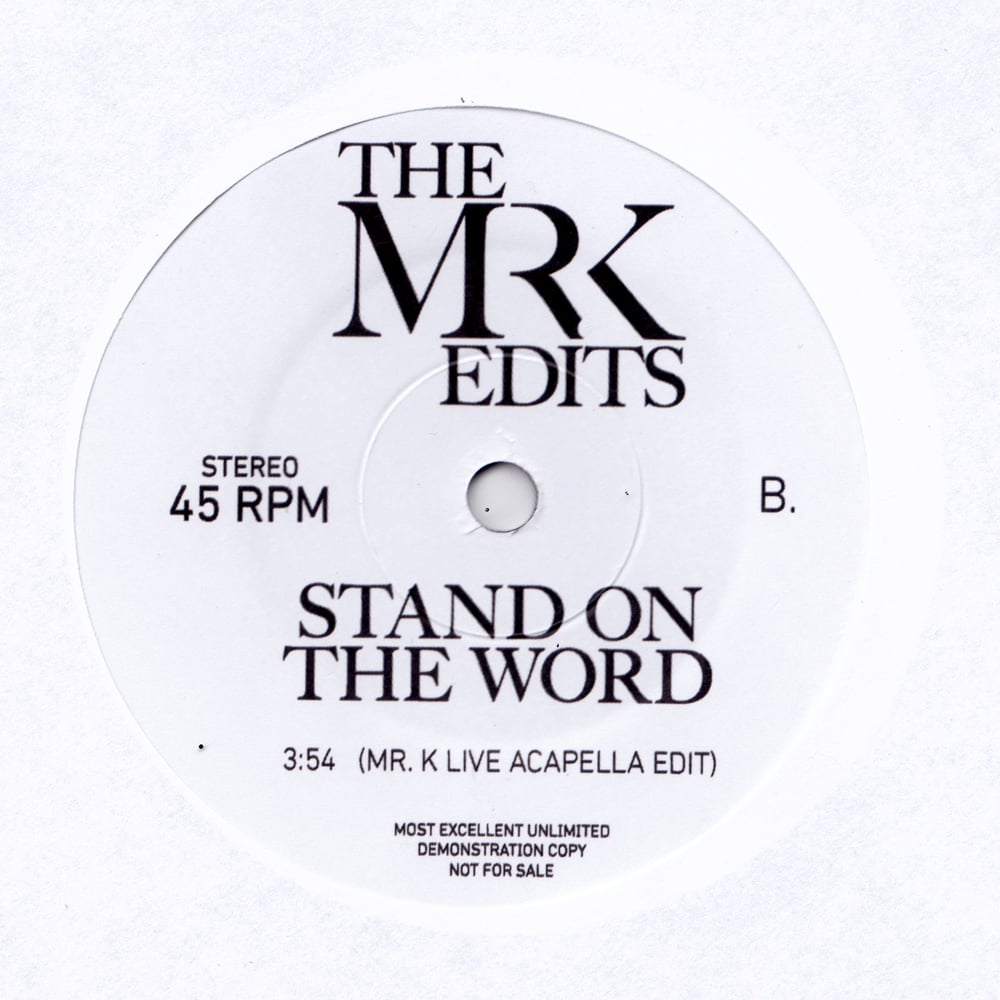 Gospel music has had a long relationship with the underground dance floors of New York and New Jersey, sharing an emotionally charged spirituality that is central to devotees of each. Sitting at the nexus of these worlds is “Stand On The Word,” a praise song that opens an album privately pressed by the First Baptist Church of Crown Heights in 1982. Who exactly recontextualized the churchly platter for the spiritual dance floor is a matter of some contention. Was it the born-again Walter Gibbons, a member of the congregation who lived nearby at the time, and then perhaps Tony Humphries, who worked at a local record store that carried the LP? But in an ocean of gospel dance music, this one distinctively sticks out as an underground dance classic.

For this special release, Mr. K has trimmed his rare Japan only “Stand On The Word” 12" release from the crystalline intro to the beloved standout vocal lines to an ear-catching alternate piano outro, making it readily attainable on 7-inch for the first time. An astounding acapella fills the flip side with crackling handclaps and thundering foot-stomps, sounding as if it was recorded at church, or the final hour of the 718 Sessions (same thing). A better example of the sacred and secular crossover connection would be difficult to find.