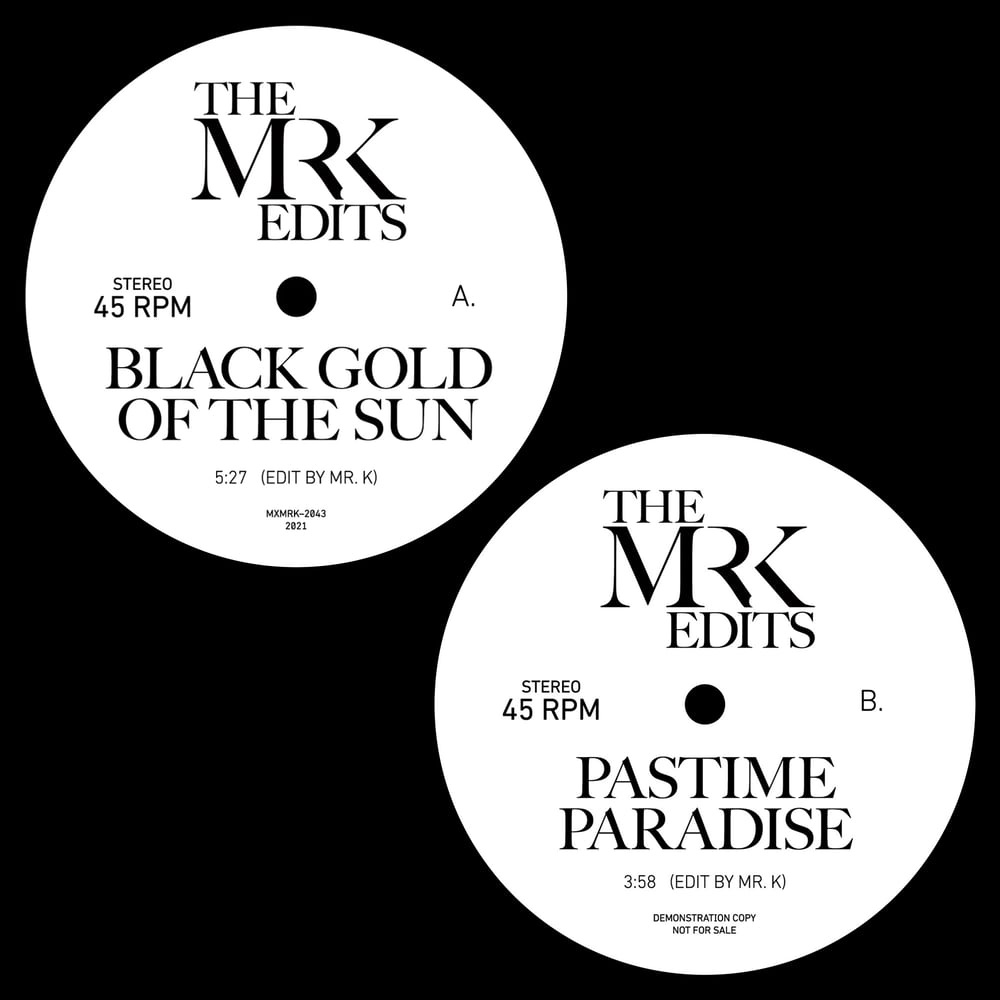 This latest limited 7" from Mr. K features two incomparable baroque soul masterworks, one from a Chicago-based band that defied categorization and the other a deep cut from a living legend songwriter and performer.

The psychedelic soul of Rotary Connection’s “I Am the Black Gold of the Sun” still sounds revolutionary and unlike anything else, a full fifty years after it was originally released in 1971. Swathed in ethereal ripples of strings (courtesy the Chicago Symphony Orchestra) innovatively arranged by unsung genius Charles Stepney, and rooted in a rock solid foundation provided by the cream of Chicago’s cutting edge session musicians (among them guitarist Phil Upchurch and drummer Morris Jennings, veterans of countless soul jazz cuts), “Black Gold” sits in uncharted territory somewhere between soul, rock, jazz and classical chamber music. It’s a gorgeous territory, a fantasy land where Minnie Riperton and Sidney Barnes’s vocals transmit mystical, uplifting vibes, the entire affair anchored throughout by an addictive piano riff—a mixture that proved irresistible to Masters at Work, who covered it for their Nuyorican Soul project in 1997. Mr. K’s edit doesn’t try to force anything fancy on this masterpiece, simply tightening it up and taking advantage of the lush remastering to present this progressive classic on 45 for the first time.

In keeping with the orchestral soul mood, Mr. K turns to Stevie Wonder’s “Pastime Paradise” for the flip. Whereas “Black Gold” paints a portrait of a magical land, Stevie’s lyrics on “Pastime Paradise,” originally issued in 1976, are a penetrating look at the very earthbound concerns of modern society and its follies, an urgent message to look ahead rather than languish in dreams of the past. The sensitive string accompaniment provides just the right amount of gravitas and emphasis to Stevie’s voice without overwhelming it, while the hare krishna-inspired tambourine keeps the rhythm effectively. Mr. K’s edit again keeps things true to the original, simply providing a subtle intro that uses the tambourine rhythm to lead into the body of the song.