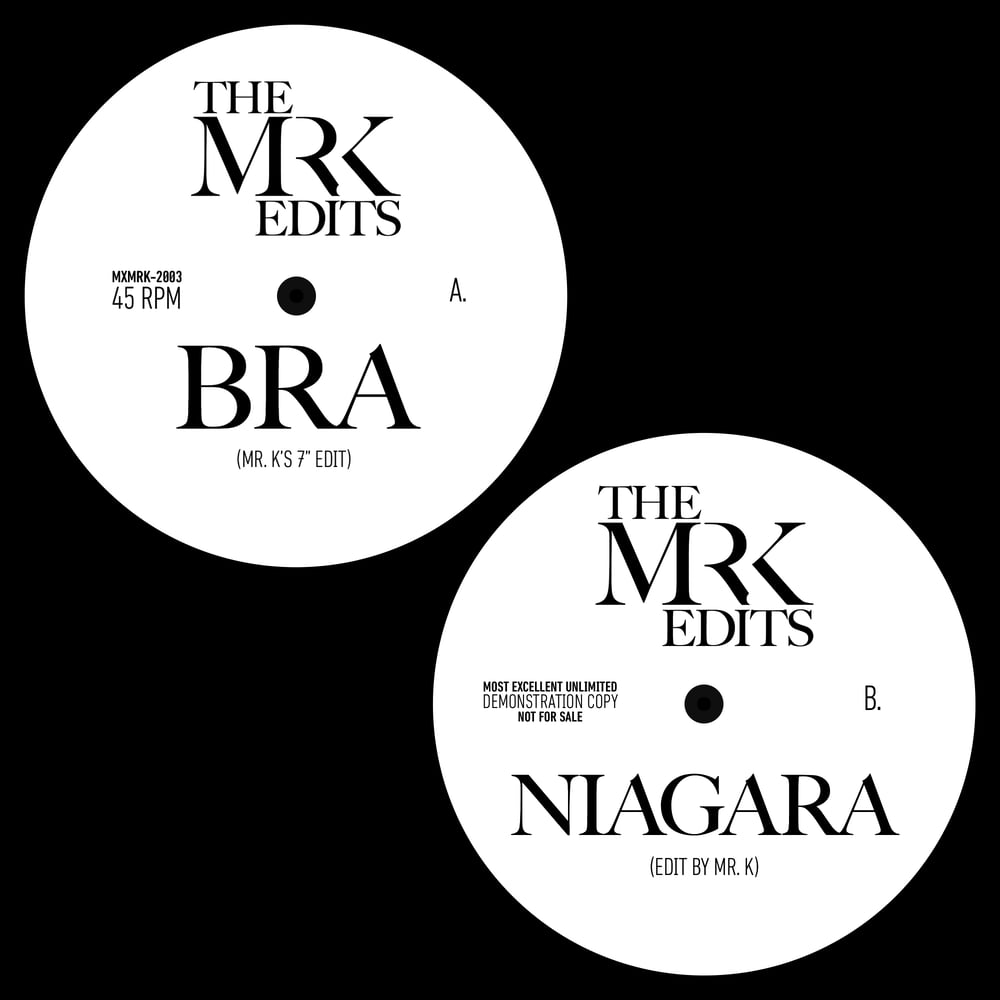 January of 2016 will mark Danny Krivit's 45th anniversary of DJing. Those decades have essentially spanned the entire arc of contemporary dance music's evolution and, as anyone who's heard him play will attest, Danny does the same in his creative, far-reaching DJ sets. What better way to mark a 45th anniversary than to release a 45RPM record? The latest offering from Most Excellent Unlimited is a two-sided seven-inch that features Danny touching up two percussive monsters that exemplify the down and dirty tribal vibe of the earliest, pre-disco dancefloors. The breakdown section of Cymande's "Bra" is teased to multiple climaxes on one side while the flip, slyly sliced from obscure German progressive rockers Niagara, takes no prisoners, riding a ferocious drum break for four-plus minutes of pleasure.

As Mr. K's auspicious landmark approaches, Most Excellent Unlimited plans to release a series of sevens that will chart Danny's path through these past 45 years of dance music, while Danny himself will be joining the fun by adding 45s-only sets to his already diverse repertoire.