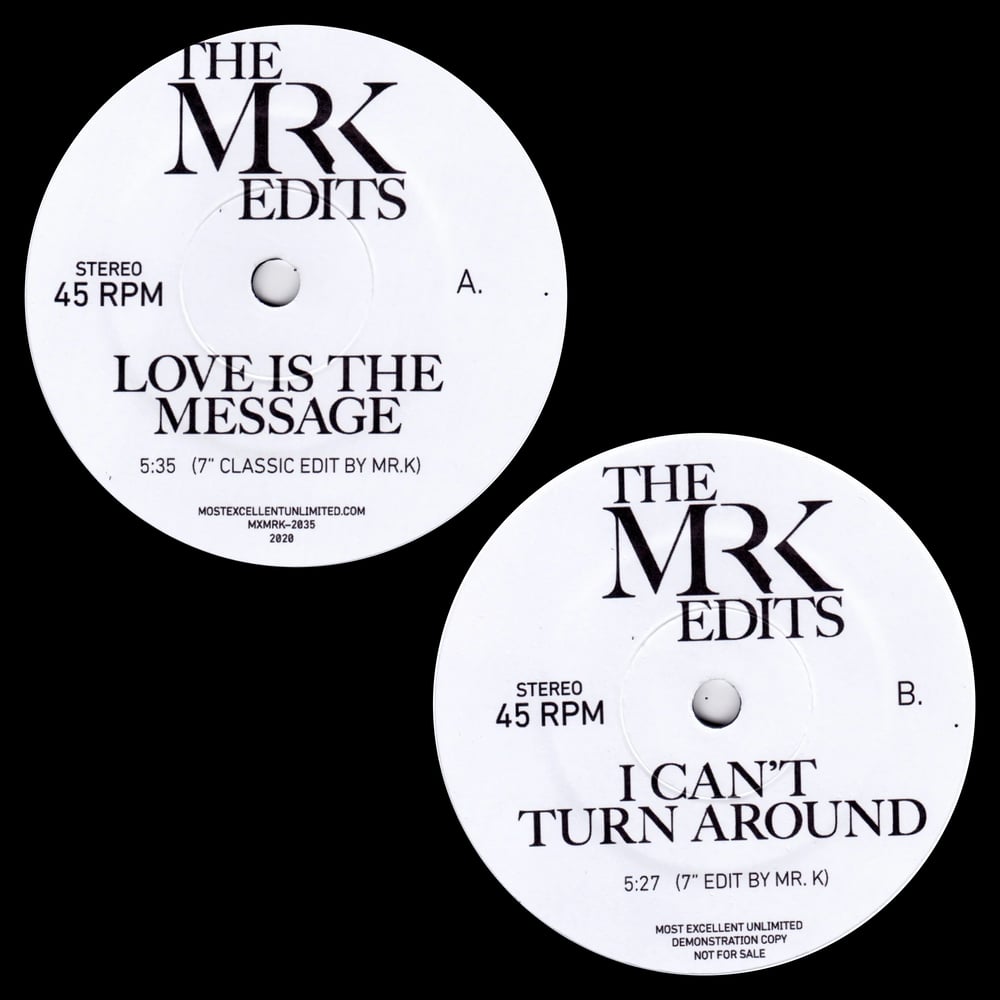 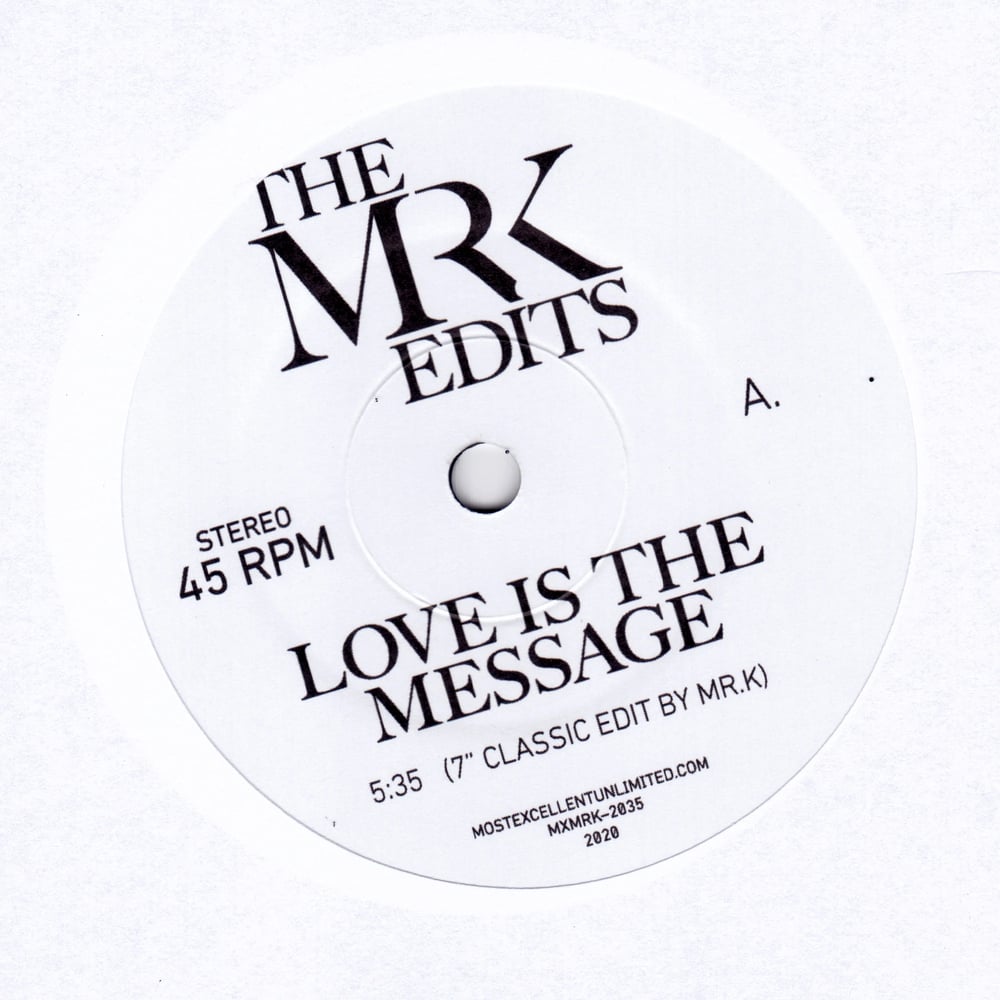 A must have 7"... this is a big one! Although Danny Krivit had a few well-regarded edits on wax before “Love Is The Message,” it was his head-turning cut-up of MFSB’s masterpiece on TD records that put him firmly and irrevocably on the scene as a go-to man with the razor. The song was already well-established, but existed in many manifestations. Krivit's version focussed on Leon Huff's rippling electric piano solo & breakdown of the powerhouse rhythm section of Earl Young and company, a much anticipated highlight for subsequent generations of disco devotees. For its debut on 7-inch, Krivit has trimmed his famed original mix down to a fully functional five and a half minutes, a tight distillation of an undisputed classic of the genre.

While the four-on-the-floor drums of Earl Young are rightly cited as key inspiration for the rhythmic style of house music, the flip side of Mr. K’s new 7-inch showcases another immediate predecessor, this one recorded more than 1,000 miles southwest of the discos of New York and Philadelphia. “I Can’t Turn Around” is the final track on Isaac Hayes’s 1975 Chocolate Chip LP, and it builds steam like a locomotive, until the Memphis musicians of the Isaac Hayes Movement are open throttle on a hypnotically repeating orchestral funk riff. The song was a huge favorite in Chicago’s Warehouse and its subsequent incarnation The Music Box, and the direct inspiration for early house hits by Steve “Silk” Hurley and Farley “Jackmaster” Funk. Krivit’s edit is lean and tough, with all the fat surgically trimmed and nothing but the gloriously relentless vamp remaining, a fierce force that has left countless dance floors in sweaty disarray.